Platinum Skin Care is opposed to the testing of animals for the creation and exporting of skin care products. I am a member of PETA and Leaping Bunny and have been a vegetarian for over 20 years now. We only "test" our skin care products on our friends and family!!! ; D

What I CAN GUARANTEE to you is that WE, Platinum Skin Care do NOT test our products or ingredients on animals. We also don't use any services (laboratories...) that do testing. We never have and we never will. I am so saddened by the fact that it is still required when there are so many alternative tests available.

What I CAN'T DO is guarantee that the basic ingredients that are being used to create our products have never been tested on animals. Unfortunately, that is something that absolutely NO ONE can guarantee. This is because they all go through some testing. I HATE THIS!!!

The top 10 animal testing countries in the world are:

Animal experiments are sadly not in decline, and in many parts of the world are on the increase  (e.g. China) or remain at the same level as they were in the 1980s or 1990s (e.g. the UK, Europe). A great group to get in touch with that works hard to help with regulations on animal testing is Cruelty Free International. Their site will give you facts and figures on all the animal testing going on in the world. *Research by Cruelty Free International and Dr Hadwen Trust suggests that at least 115 million animals may be used in experiments worldwide each year.

Government regulations in most countries require some animal-based toxicity testing as a condition for the importation or sale of pesticides, industrial chemicals, drugs and vaccines, genetically manipulated foods, and some consumer products. Depending on the substance in question, its likely toxicity, and the degree of anticipated human or environmental exposure, as many as 50 separate animal-poisoning studies may be required.(1)

Statistics published by government authorities and research-oversight bodies in North America and Europe reveal that the vast majority of the cruelest and most painful animal experiments are conducted to satisfy government-mandated testing requirements. In these tests, animals such as birds, dogs, fish, guinea pigs, mice, rabbits, rats, and even monkeys are forced to swallow or inhale **massive doses** of a test substance—which can cause severe abdominal pain, paralysis, swelling and ulceration of the skin and/or eyes, convulsions and seizures, and bleeding from the nose, mouth, and genitals—before they are poisoned to death or killed by the experimenter.(2)

**massive doses** Here is where all the "scare" information on ingredients like parabans come from. These animals are bombarded with quantities of an ingredients that a "normal" person would not use in an entire lifetime in a single dose! Even a natural vitamin in a high dose can KILL YOU. These tests are not needed. They are torture. There is no other way to put it.

The only thing I can do is support those organizations that are fighting legislation, spread the word to YOU, and make sure that I never test on animals - which is not a problem. When we "test" things here at Platinum Skin Care, it is for efficacy and usage. We have actual volunteers (usually friends and family) that can't wait to try out something new! We garner their feedback and use that moving forward with any potential product reformulations, marketing and tips on how to use products.

PETA is actively pressuring world governments, both individually and through international consortia such as the Organization for Economic Cooperation and Development and the International Conference on Harmonization, to take steps to reduce their reliance on animal testing by becoming more involved in the development and use of sophisticated non-animal test methods.

Examples of non-animal test methods that have been scientifically validated and/or accepted by one or more world governments include the following:

Where non-animal replacements are not yet available or fully validated, PETA lobbies companies and government agencies to provide funding for research and development and works closely with organizations that specialize in test-method validation, such as the European Centre for the Validation of Alternative Methods and the Institute for In Vitro Sciences, to bring new non-animal test methods into the mainstream.

You know it is YOUR VOICE that really matters! There is a way that you can help. You can do what I do and support someone that takes on legislation like PETA, or you can write to the people in charge yourselves.

You Can Make Them Change With Your Voice

Contact the EPA, the U.S. Food and Drug Administration, and Health Canada to ask them to take the following steps:

Be friendly and concerned (not rude) *I know it's hard.:

2) Organisation for Economic Co-Operation and Development, “Guidance Document on the Recognition, Assessment, and Use of Clinical Signs as Humane Endpoints for Experimental Animals Used in Safety Evaluation,” OECD Environmental Health and Safety Publications, Series on Testing and Assessment, Nov. 2000.

4) Michael Balls and Guy Corcelle, “Statement on the Scientific Validity of the 3T3 NRU PT Test (An In Vitro Test for Phototoxic Potential),” European Centre for the Validation of Alternative Methods, 3 Nov. 1997. 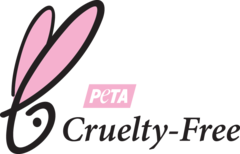