Our skin usually does a great job of protecting us from anything that would cause us or our unborn child harm. The outermost layer of our skin, called the stratum corneum, is biologically created of dozens of layers, and is particularly impermeable.

Though, with new transdermal technologies, and untested ingredients, there is always concern related to ingredient penetration through the skin and the developing fetuses health. Also of concern is the infant in the case of breastfeeding (lactation).

There are a few exceptional ingredients that will be discussed below but, in general, most skincare products are not absorbed through the skin into the body as a whole, and therefore are not of concern. Skincare products are generally designed to be ‘non-systemic’ – a term referring to the fact that they are not delivered throughout the body by the circulatory network.[1]

There is nothing more important than protecting your unborn baby or a newborn infant. Because of this fact, there are very few studies done on pregnant and nursing mothers. Who on earth would allow their child to be a test subject for a face cream? Certainly not me.. or you, I bet.

Of course that doesn't mean that they can't get information from studies where they monitor product usage - after the fact. These are called Observational Studies. They are our best bet to see what has been shown to be safe, when a medical study is not present.

During pregnancy, even the tiniest risk towards the fetus should be avoided. This is a very short time in your life, and you will be past it, and can begin using your products yet again before you know it. The overriding recommendation here is for you to have a conversation with your OBGYN, and follow her/his recommendations for your and the baby's health.

Over the course of decades of observing and medical studies, there are a few ingredients that you need to be aware of and avoid one hundred percent throughout your pregnancy. We mention the first ingredients oral version due to its dangers. 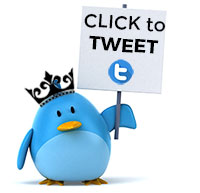 This is the oral version of Vitamin A, otherwise known as Accutane, and is used to treat acute, severe acne. It is correlated directly with malformation of the fetus, and birth control (2 methods) are encouraged during time of use to avoid accidental pregnancy [2]. There have been many incidents of people not being told that they need to watch out for pregnancy while using this product, therefore you need to be aware.

Hydroquinone is a prescription topical skin lightening ingredient. But, fully penetrates the skin barrier, enters the circulation, and is systemically delivered. It has been estimated that 35% to 45% is systemically absorbed following topical use in humans, and within a few minutes of skin application, hydroquinone levels are measurable in urine. [4, 5]. Consider instead a milder option such as Alpha Arbutin for melanin inhibition during pregnancy. Another option for skin brightening is Vitamin C.

Acids such as glycolic, mandelic, and lactic are known as Alpha Hydroxy Acids and salicylic is a Beta Hydroxy Acid. Systemic absorption would be minimal at best with these topical acids and they are considered safe. A two time daily salicylic toner application to control acne is very different from an oral dose of salicylic (such as aspirin) that doctors want to avoid ingestion of in the third trimester. It has been found that it may be problematic to the fetuses cardiovascular system. [6].

We recommend avoiding a Salicylic Acid Peel of 15% or 25% during pregnancy as well. The higher percentage of acid sitting on the skin could carry a potential danger.

TCA peels should be avoided during gestation, as they have the potential to penetrate deeper in the skin's layers. Choose one of the hydroxy acid peels in its place until your pregnancy is completed.

TCA has also not been studied during lactation, so it is best to avoid its use at this point as well. Though some doctors, such as Dr. David Hansen MD, feels "it is fine to get TCA peels while breast feeding since it is not absorbed into the body at all." [9].  A conversation with your general practitioner will be warranted if you are deliberating over this.

Most other topical products commonly used such as: benzoyl peroxide, sunblocks, and even short-term use antibiotics for acne such as: clindamycin [7] and erythromycin do not enter the blood stream. [8].

According to Dr. Jeanette Graf, MD, FAAD, a clinical and research dermatologist on The Family Groove, certain forms of chemical peels may be permissible during pregnancy. These include glycolic acid, lactic acid and other alpha-hydroxy acid peels such as a mandelic peel. Dr. Graf recommends using buffered peels, which contain enough acid concentration to be active for only 5 minutes or less.

Beta Hydroxy peels, such as a Salicylic peel should be avoided.

Remember that most ingredients and products that you are using already are going to be considered safe. There are really just a few to be concerned about. If you find out that you are pregnant, and are using one of the dangerous products, just stop using it. Contact your doctor and have a conversation with them regarding how long the usage was. If it has only been a couple of weeks, most likely no harm was done.

6. Aspirin. US FDA Pregnancy Category D, www.drugs.com  Topical salicylic acid is pregnancy-safe, according to the American College of Obstetrics and Gynecologists.